Learn more about a new idea for a bike route that continues the spirit of the Cross Vermont Trail east across New Hampshire to Bethel Maine.

Update December 2017 - the official web site is up and it is www.crossnewhampshire.org, naturally.

The bike route across New Hampshire is the inspiration of Marianne Borowski, New Hampshirite and avid cycllist, who said to herself one day in Wells River at the eastern end of the Cross Vermont Trail - "well, they always say their mission to keep going past the 'Bike Route End' sign." Actually what she really says is: "I have a first draft for a "Cross New Hampshire Adventure Trail" for you to review!! I have added the word adventure" because some of the rail trails are certainly an adventure rather than a snoozy cruise on smooth flat terrain! It is all fun, however!! I consider this a draft! Let me know what you think!!!

Here's a sampling of what you'll find when you adventure across New Hampshire.

All photos credit to Marianne Borowski. 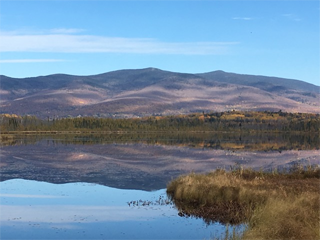 1. Late autumn reflections of the Weeks Range viewed from the Pondicherry Wildlife Refuge, Jefferson, NH. A viewing platform extends into the pond, accessed by the Presidential Rail Trail, a part of the Cross New Hampshire Adventure Trail. (October 22, 2017) 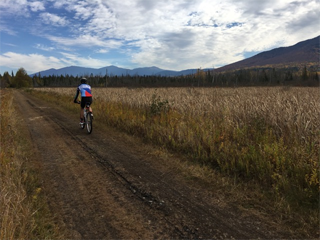 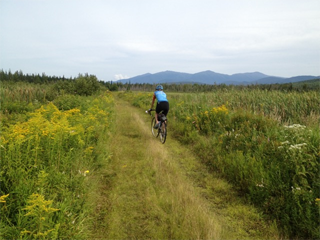 3. This photo below was taken in August of 2013, same area as the above photo taken just a few days ago. Note the trail improvement that has happened over the years! A source for the Pondicherry Wildlife Refuge told me last week that a grant was received for more trail improvement in this area. The trail will be brought to wheelchair accessible standards, new drainage culverts will be added and a few Beaver Deceivers" will be installed to help avoid flooding from the industrious beavers in the area. There is about 4 miles of trail through this refuge! 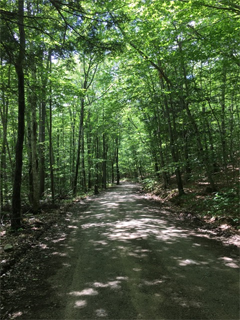 4. Tree-filtered sunshine on Hogan Road in Shelbourne, NH (July 18, 2017). Hogan Road is part of the Cross New Hampshire Adventure Trail, connecting the Presidential Rail trail in Gorham, NH to North Road in Shelbourne, NH. North Road takes the trail along the north side of the Androscoggin River on a quiet, paved backroad east into Bethel. Maine. 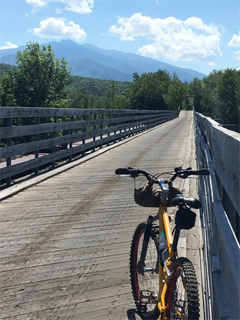 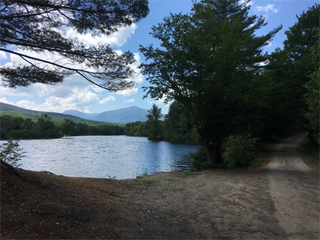 6. View of the Androscoggin River and the Presidential Range from Hogan Road, Shelbourne, NH (July 18, 2017). 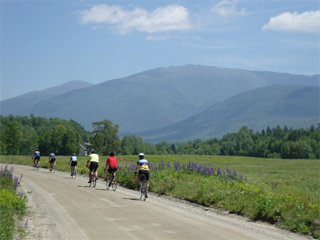 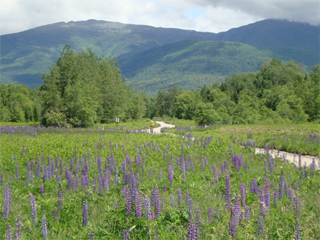 8. This is a fantastic ride in the springtime on Valley Road (except for the bugs) I am so glad to have this as part of the XNH Adv Trail!

Have a good trip.

And tell us how it went. We want your BETA Test feedback!